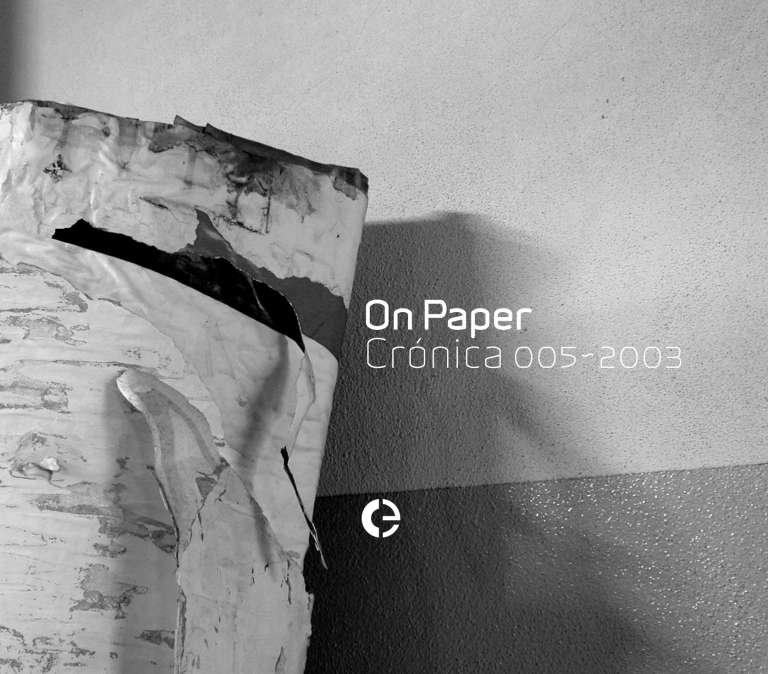 
When working on a piece about “collage-décollage” I collected several heaps of posters found in walls around the city.

At the time I was interested in a matter with an enormous load of informational pre-concept, lived and changed both by human imposition as through the accidental will of nature.

Paper is a plain matter that can be expanded in space with a few meanings, among which are surface or support. If matter is manipulated as media, then the results reflect the question of the action and of the space with the same effectiveness. That amount of printed papers extends and amasses intentions that are gradually changing without seeming to deny what they were, both visually as conceptually.

With any of these positions, paper is not loosing the information that it originally borne, therefore I believe that it's possible to accept that paper is a matter that stacks information both by layering and conjugation.

At a subsequent step I decided to explore, with sound recordings, the same concept of manipulating matter, acting and imposing the separation of the parts in different scales of action. Rips of different sizes and speeds made discoveries and placed on another level of reading both the information and the realities contained in one same object. The outcome contains a new image, inevitably close to the generic concept of paper but with a strong element of space and time imposed by the performance.

This is the recording that was both media and motive for the work, now decomposed in different wills; a work that goes trough addition, submits itself to subtraction and goes back to adding new facts.