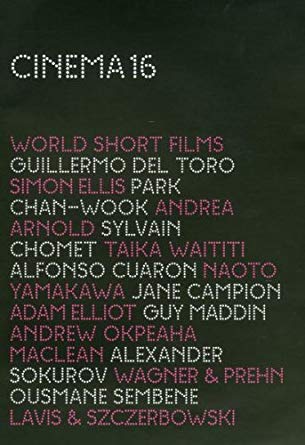 
A collection of 16 short films from filmmakers around the world, this DVD includes work by Sylvain Chomet, Alexander Sokurov, Guillermo Del Toro, Jane Campion, Alfonso Cuarón and Ousmane Sembene. But one of the very best is Andrea Arnold’s Wasp, a work of realism that may bring to mind Alan Clarke as it ruthlessly scrutinises the behaviour of a young mum towards her brood. As with her 2006 feature debut Red Road, Arnold’s qualities here reside in the fact that she manages to capture location without losing focus of character.

The same is true of Sembene’s equally involving Borom Sarret, as a cart man taxis people arouand the city and allows, through its leading character, Sembene to offer the sort of observation so present in his features, most noticeably Black Girl and Xala.

A word also for Sokurov’s Sonata for Hitler, a dissonant work creating a strangely elegiac feeling towards the dictator. Sometimes we need to be reminded of the roots of a dictator’s appeal, not only his atrocities, if we want to understand history’s mistakes. Minimal extras.