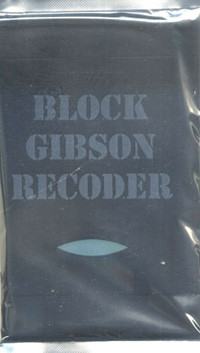 
This untitled work presents the first digital collection of visual work by the collaborative artists Sandra Gibson and Luis Recoder, and what may be described as a "site specific" musical composition by Olivia Block. The footage documents a version of a performance piece that was later presented and experienced as an installation. An earlier, different incarnation of this work was premiered at the Kill Your Timid Notion festival located in Glasgow, Scotland, in 2006.